The cost of materialistic values

The American psychologist Tim Kasser, author of The High Price of Materialism (2003, MIT Press), and his colleagues at the University of Rochester, have highlighted the high cost of materialist values. Thanks to studies spread over twenty years, they have demonstrated that within a representative sample of the population, individuals who concentrated their existence on wealth, image, social status and other materialistic, extrinsic values promoted by consumer society are less satisfied with their existence. Focused on themselves, they prefer competition to cooperation, contribute less to the general interest and are unconcerned with ecological matters. Their social ties are weakened and, if they count many relationships, they have fewer real friends. They show less empathy and compassion for those who suffer and have a tendency to use others for their own ends. They are, paradoxically, in less good health than the rest of the population. Excessive consumerism is closely linked to extreme self-centeredness.

Moreover, wealthy countries, which profit the most from exploiting natural resources, do not want to reduce their standard of living. But they are the nations chiefly responsible for climate changes and other scourges (increase of illnesses related to climate change — malaria, for example, which is spreading in new regions, or at higher altitudes, as minimum temperature increases) affecting the poorest populations — precisely the ones that have contributed the least to these upheavals. An Afghan produces two thousand five hundred times less CO2 than a Qatari and a thousand times less than an American. About the rising level of the oceans, the American magnate Stephen Forbes declared on Fox News: “To change what we do because something is going to happen in one hundred years is, I would say, profoundly weird.” Isn’t it actually a declaration like that that is absurd? The head of the largest meat company in the United States is even more openly cynical: “What matters,” he says, “is we sell our meat. What will happen in fifty years is none of our business.”

But it all concerns us, as well as our children, those close to us, and our descendants, along with all beings, human and animal, now and in the future. Concentrating our efforts solely on ourselves and our relatives, in the short term, is one of the regrettable manifestations of egocentrism.

Individualism, in its good aspects, can foster a spirit of initiative, creativity, and going beyond norms and old-fashioned and restrictive dogmas, but it can also very quickly degenerate into irresponsible selfishness and rampant narcissism, to the detriment of the well-being of all. Selfishness is at the heart of most of the problems we face today: the growing gap between rich and poor, the attitude of “everybody for himself,” which is only increasing, and indifference about the generations to come.

The Necessity for Altruism

*Text extracted from an article by Mathieu Ricard 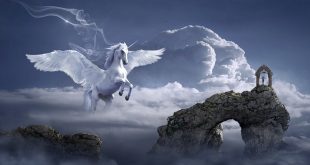 Awakening from Materialism and from Others’ Approval

The other day I was reflecting about the  meaning behind the quote: “For whoever would …